They change countries to take up new jobs. But when these fall through or they can no longer work, thousands are finding there’s no safety net to catch them

It was more than a decade after Hana* moved to Australia from New Zealand that she discovered there wasn’t a social safety net to catch her.

The single mother moved to Queensland in 2008 for work, and has worked multiple jobs over the last 11 years to support her two children.

“Life looked great,” she says. “We’d go out for meals and buy clothes and lived a great life. But that was all taken away unexpectedly.”

Just over a year ago Hana witnessed a suicide while working as a social worker. She has been diagnosed with severe PTSD, depression and anxiety by psychiatrists and doctors, and has medical certificates confirming she will be unable to work in the near future. 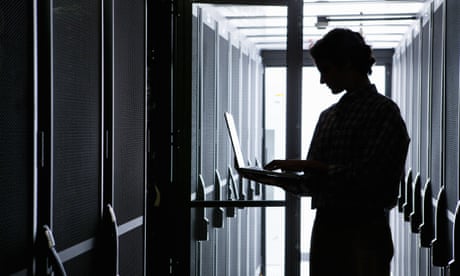 But when she turned to Centrelink for support while waiting for an application for the disability support pension, Hana discovered that she was ineligible for virtually all forms of welfare, including sickness allowance, because she is in Australia on a special category visa (SCV), which allows New Zealand citizens to live in Australia indefinitely without obtaining permanent residency or citizenship.

For 14 months she Hana has been supporting herself and her 14-year-old son on just $109 a fortnight from the family tax benefit. She has been relying on friends, community groups and her church for support, and at times has been living on the streets.

“You cannot move, you cannot live, you cannot sleep when you’re on this journey to try to find help from Australia,” she says. “They don’t understand how heartbreaking it is.”

Hana is one of thousands of New Zealanders living in Australia who have fallen through the cracks left open by law changes in 2001 which stopped those on the SCV from accessing most forms of welfare. These people have been left in poverty and at risk of homelessness by two governments, each saying that the other is responsible for them.

Under the Howard government changes, only New Zealanders with permanent residency or citizenship can receive the full range of welfare payments. Those on an SCV can only receive a small handful, including the family tax benefit and the single income family supplement.

Reginald Miller moved to Brisbane from Christchurch just months after the laws came into effect to take up a senior wine stewardship role. Just a week later, the company went bust, and within a month Miller was homeless.

“I couldn’t go home because I didn’t have the money for it and I couldn’t afford the rent – there wasn’t anything I could do at the time,” Miller says. “So I was on the streets. For those of us that don’t have access to Centrelink, we are screwed. If we lose our jobs, we are screwed.”

Since then Miller has cycled between casual employment, job losses and homelessness – trapped at the intersection of physical injuries, mental health issues and a welfare system designed to ignore people like him.

It’s difficult to determine the exact number of New Zealanders unable to access welfare. At the end of 2016 there were nearly 650,000 people on the SCV, but this includes those in Australia for a holiday or short stay.

The 2016 census showed that New Zealanders have a higher labour force participation rate in Australia and lower rates of unemployment. But the majority of these jobs are in lower-skilled industries, and many are casualised.

There are so many people from New Zealand in the parks with their children. We didn’t come to Australia to be homeless, we came here for a better life

New Zealanders can apply for the disability support pension, with both governments contributing to it. Under the rules, an applicant must show they have a condition that will last more than two years, is fully diagnosed, treated and stabilised, and one that will stop them working for at least 15 hours a week.

Despite having medical certificates saying this is the case, Hana was knocked back for the DSP. She has now applied a second time and is living off just over $50 a week while cycling between temporary accommodation and homelessness.

Nerang Neighbourhood Centre, a Gold Coast community organisation, has come to her aid, providing enough money for 17 nights’ accommodation for Hana and her son.

The centre’s coordinator, Vicky Rose, says that of some 25 inquiries the organisations receives each day, about half are from New Zealanders.

“These are people that have been living here for many years and have found themselves in a normal life crisis – like unemployment, a relationship breakdown or sickness,” Rose says. “They’ve been working hard and living here, but it’s not until they get into a crisis that they find out what their residency status means.”

“There are so many people from New Zealand in the parks with their children, with their families,” she says. “We didn’t come to Australia to be homeless, we came here for an opportunity for a better life for our children.”

Miller moved to Melbourne after about a month on the streets of Brisbane. He got a security licence and worked in that industry for nearly nine years, helping to raise two children. But after his relationship broke down and a back injury made him unable to work, he was again facing living in his car. 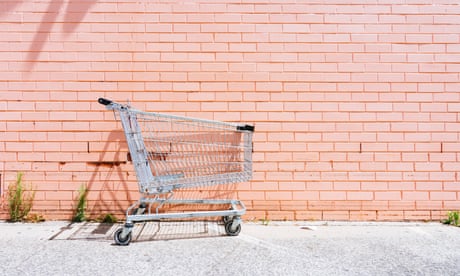 A number of groups offer community-led welfare. In Melbourne there is a volunteer-run food pantry for New Zealanders in need, along with an unofficial network to find housing.

Maria Kumar, a social worker, helps to run a number of these initiative, including a Facebook group aiming to find safe housing for people who are ineligible for housing assistance in Australia.

“Housing services are actually sending families to us that are in crisis,” Kumar says. “We then have to reach out to families in the community to see if they can offer a bed for a night or more.”

“We do often get the question, why Kiwis only?” Kumar says. “Well, it’s because nobody else is providing the service for them. They can’t access the Salvation Army, they don’t have a concession card and they’re not able to access the Foodbank.”

New Zealanders like Miller and Hana would only be able to access most forms of welfare if they obtained permanent residency or returned to New Zealand. For many living in poverty, neither is a realistic option.

The Melbourne community legal centre WestJustice is preparing to launch a campaign aiming to lobby politicians to change the laws.

“Being ineligible to access one support has a flow-on effect to every other aspect of your life,” says a WestJustice lawyer, Semisi Kailahi. “You end up trying to plug the hole with money that would have been used for other important needs for everyday living.

In mid-2017 the Coalition introduced a new pathway to permanent residency for New Zealanders. But it requires an annual salary of at least $53,900 for four years, and the application fees are too high for many.

By the government’s estimates, less than half the New Zealanders on the SCV will be eligible.

“The Australia government is more interested in being discriminatory against the poor,” Miller says. “If you’ve got money then you’re good.”

Miller, who served in the New Zealand army, has received support from a local RSL club, and, with help from friends, has moved into his own apartment. And, after completing thousands of job applications – he lost count at 5,500 – he has a job in retail.

“With that typical Kiwi spirit of never giving up – even though I’ve wanted to – I’ve finally landed a job,” he says.

He has also been giving back to his local community, volunteering with the State Emergency Service. “I’m just nothing to the Australian government, but to my local community at least I can do something to help them,” he says.

Meanwhile, Hana is waiting to hear whether her DSP application has been successful.

“Australia is great when you’re working, when you’ve got a stable income and a stable home,” she says. “But what happens when the unknown happens? We work hard, we call it home but we don’t feel like we belong.”

* Name has been changed