Homelessness is on the rise in Australia. Some 116,400 Australians are without a home — the highest number since the census began estimating the prevalence of homelessness.

The latest figures show that despite sustained economic growth in Australia, homelessness has continued to rise, with a 14 per cent increase in the number of homeless people since 2011.

Homelessness is most common among young Australians — 58 per cent of homeless people are aged 34 or younger, while only 46 per cent of all Australians fall within that demographic.

Most commonly, homeless Australians reside in severely overcrowded dwellings, where nearly half (44 per cent) seek shelter. One in every 14 homeless people lives on the street.

Despite this, some good news arises from the latest data. Numbers of homeless people in the Northern Territory, Western Australia and the ACT have all fallen, while the proportion of Indigenous Australians who are homeless continues to decline. The number of homeless children aged 18 and under is also declining.

Thirty-two per cent of Australia’s homeless population lives in NSW. Other states and territories account for 21 per cent (Victoria), 19 per cent (Queensland), 12 per cent (the Northern Territory), 8 per cent (Western Australia), 5 per cent (South Australia) and 1 per cent each in the ACT and Tasmania.

The ABS categorises homeless people according to their living situation:

Homelessness is a loss of a sense of security, stability, privacy or safety, or the ability to control your living space.

In Australia, the two most commonly used sources of information about homelessness are Specialist Homeless Services (SHS) data collected by the Australian Institute of Health and Welfare (AIHW), and the Census of Population and Housing undertaken every five years by the Australian Bureau of Statistics (ABS).

This fact file, based on the latest ABS census data and AIHW data, updates Fact Check’s previous homeless interactive, which was one of the first to use geographical areas to reveal how the distribution and rates of homelessness have changed over time.

THE STATE WITH THE HIGHEST GROWTH IN HOMELESSNESS

Indeed, over the decade to 2016, the rate of homelessness in NSW increased by 49 per cent.

NSW now has the highest rate of homelessness outside of the Northern Territory.

While the increased rate of homelessness in NSW was across the board, young adults (19-24) fared worst, with a 45 per cent increase in the five years to 2016 — nearly three times the national increase for the same age group.

Over the same period, there was a 49 per cent rise in the rate of homelessness for 25 to 34 year olds in NSW.

It’s not all bad news for NSW: the rate of homelessness among Aboriginal and Torres Strait Islanders decreased by 17 per cent over the same time.

Rates of use of homeless support services in NSW are lower than for the national average, with the reasons for seeking support differing from national patterns.

In NSW, 54 per cent of those people who seek support do so due to a housing crisis, compared with 44 per cent nationally. Financial difficulties and housing affordability (42 per cent and 31 per cent), are the next most common reasons for seeking support.

People in NSW are less likely to seek help from homeless support services due to domestic and family violence, with a rate of 33.2 people per 10,000 tapping these services compared to 47.4 nationally.

HOMELESSNESS ACCORDING TO AGE AND GENDER

Homelessness is most common among young Australians, though the rate is increasing sharply among older people.

Almost six in every 10 homeless people in Australia (59 per cent) are aged 34 or younger, compared to 46 per cent of all Australians falling within that demographic.

The rate of homelessness is rising for all age groups other than for children under 18 and for people aged 75 years and older.

Fifty-eight per cent of homeless people in Australia are men.

For people aged 65 to 74, the homelessness rate has increased 7 per cent.

The rate of homelessness for elderly people 75 and over has remained steady since the last census.

Homeless rate and age in NSW

Men make up between 58 and 60 per cent of homeless people in all jurisidictions except for the Northern Territory, where equal numbers of men and women are homeless.

Men make up three-quarters of those in boarding houses and 66 per cent of rough sleepers.

One in five clients for specialist homelessness services are 45 or older, with an 8 per cent rise in the number of people aged over 45 seeking support since 2015-16. For those aged under 45 there was a 2 per cent increase over the same period.

Slightly more than 40 per cent of those who seek support are homeless when they first present; the rest are housed but “at risk”.

Women are more likely to seek out support, with more women presenting to specialist homelessness services than men (59 per cent), despite only accounting for 42 per cent of the homeless population.

There are 8,200 people in impoverished dwellings, tents or sleeping out in Australia — 20 per cent more than there were in 2011.

Rough sleepers account for 7 per cent of the homeless population, a proportion that has increased, albeit slightly, since the last census.

Men are more likely to be rough sleepers, making up two-thirds of the count, though the proportion of females who are sleeping out is increasing.

Aboriginal and Torres Strait Islanders make up around one-quarter (26 per cent) of rough sleepers in Australia. Of these, 37 per cent are in the Northern Territory.

Rough sleeping in South Australia, Western Australia, Tasmania and the ACT is also on the rise, while in Victoria and Queensland the rate is mostly steady.

Rough sleeping in the Northern Territory is on the rise, with a 20 per cent increase over the same period.

Rough sleepers account for almost a quarter of people accessing homelessness support services. At the conclusion of provided support, 61 per cent of rough sleepers remain homeless.

Most rough sleepers who remain homeless once their support ends continue to sleep rough, though more than a quarter are in short-term temporary accommodation. Less than 10 per cent become couch surfers at the conclusion of support.

Of those rough sleepers finding long-term accommodation through support services, more than half do so in private housing; 37 per cent are accommodated in public housing and 7 per cent in institutional settings.

While Aboriginal and Torres Strait Islander people make up 2.8 per cent of the Australian population, they account for 20 per cent of homeless population.

Indigenous Australians are further overrepresented in rough sleeping data, with more than a quarter (26 per cent) of all people in impoverished dwellings, tents or sleeping out identifying as Aboriginal or Torres Strait Islander.

Homeless rates for Indigenous and non-Indigenous

But some recent improvement

However, the latest data shows a decrease in both the number and percentage of Indigenous homeless people.

People born overseas make up 28 per cent of Australia’s population, but account for almost half of homeless numbers (46 per cent). There’s been a 40 per cent increase in the number of homeless migrants since the last census.

Migrants are most overrepresented among people living in boarding houses, where they make up 63 per cent of the population.

Number of homeless by country of birth

Despite making up almost half of Australia’s homeless population, migrants account for just 14 per cent of people seeking homelessness support. 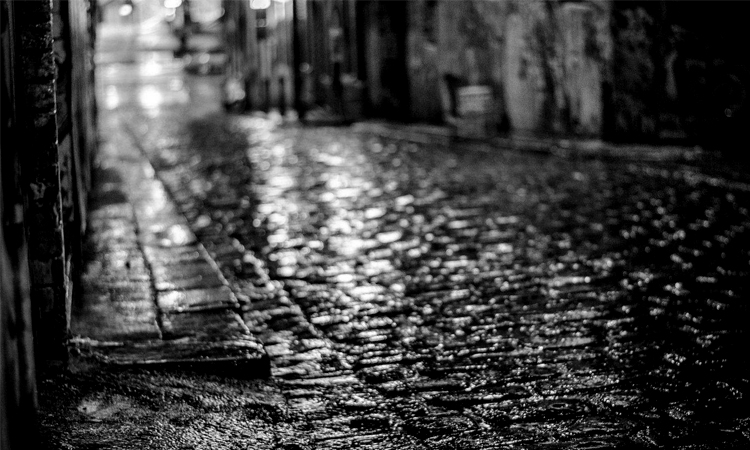 This article first appeared in ABC.net.au